Posted on December 23, 2021 by Scott Gurvey Leave a comment

Have you ever seen a remake that was better than the original? Or at least as good as the original? Neither have I. So why do they continue to go down this road? Has Hollywood run out of new ideas?

END_OF_DOCUMENT_TOKEN_TO_BE_REPLACED

Posted on January 2, 2020 by Scott Gurvey Leave a comment

I must have been eight years old. My Uncle Alan, my Dad’s older brother, had already established his expertise at “uncling” by introducing me to the Museum of Science and Industry buying me my first model train set, a Lionel Steamer, and showing me where he stashed his bottomless supply of Hershey chocolate bars.

Now he was to open up my world another notch by leading me to his stack of science fiction. The 25¢ pulp magazines of short stories, and the 50¢ paperbacks. On the top of the paperback stack was I Robot by Isaac Asimov. Right then and there began my decades long love for science fiction. END_OF_DOCUMENT_TOKEN_TO_BE_REPLACED 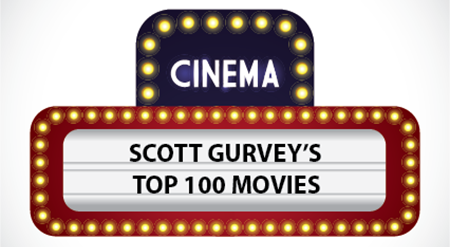 Oscar season brings out the annual comparison of favorite movie lists and I figure we may as well play the game together. I’ve become so compulsive on this subject that when asked about my top ten I can quickly produce a list of a couple of hundred films and about fifty television series. The secret is that I’ve built a home server system to hold files from my DVD collection so I don’t have to search through boxes of discs to find a favorite when I’m in the mood.

So click the more button to see my list. This game only works if you play along.

END_OF_DOCUMENT_TOKEN_TO_BE_REPLACED

Me Academy. Pick Me.

Posted on December 23, 2018 by Scott Gurvey Leave a comment

I respectfully submit my name for your consideration as the host of the 91st Academy Awards broadcast. I know you’ve had some difficulty filling this role. In fact, your track record in this area is pretty shaky. It’s another nice mess you’ve gotten yourself into!

Its hard to understand why finding a host for the movie industry’s biggest night, and one of the highest rated television broadcasts of any year, should be so difficult. But the rumor mill says many very big names in the entertainment industry turned you down this year. Oscar, you have a problem.

This year’s announced choice, comedian Kevin Hart, withdrew. Those darn social media posts from the past just keep coming back to haunt you. What you got here is a failure to communicate. I’m gonna make you an offer you can’t refuse.